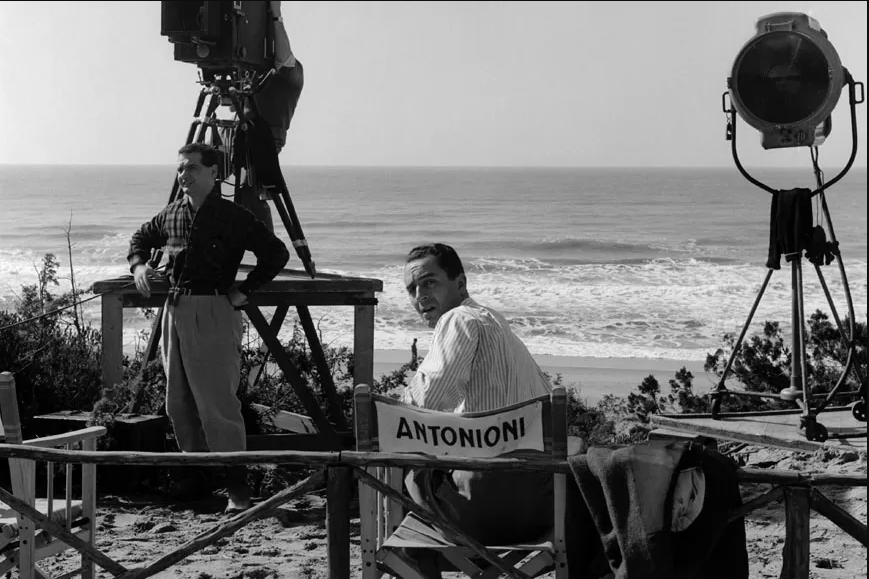 Michelangelo Antonioni, one of the greatest directors of Italian cinema, winner of an Academy Award for Lifetime Achievement, two Golden Lions, six Silver Ribbons, one David of Donatello, one Palme d'Or and many other film elite awards, was born in Ferrara in 1912 and died in Rome in 2007.

His work in cinema began in 1950 and gave birth to a spectacular career, whose dialectic marks the transition from neorealism to modern cinema. Among his best-known films we find “Red Desert”, “Zabriskie Point” and “Blow-Up”, but these are just some of the great titles of the director from Ferrara.

Endowed with remarkable skills, he is inspired by his city and the lowland landscape that surrounds it, repeatedly tackling the issue of the existential crisis in a world in evolution and change. Of his Ferrara, Antonioni remembers with melancholy the carefree youth, accompanied by "smells of land, of river, of woman", with "the streets, long and wide, of plain cities, beautiful and quiet". Ferrara was the cradle of his artistic inspiration for the director, even when he no longer lived there, in fact he will say: “everything I did afterwards, whether good or bad, comes from there”.

From these premises was born the idea of entirely dedicating an exhibition space to the director, right in his beautiful city. The space will develop at the PAC - Pavilion of Contemporary Art in Ferrara, and will be the result of an important project expected at an international level.
The exhibition will deal with Michelangelo Antonioni both directly, exhibiting and analyzing his films and his life, and indirectly, through what inspired and influenced him as a person and as a film director.

Today, a precise inauguration date has not yet been defined, but there is already an online archive on the PAC website dedicated to the director, which can be used at any time. Furthermore, from 10 June to 10 July 2022, the PAC will host “Homage to Antonioni 1912-2022. Suggestions from Ferrara ", a temporary exhibition to savor a preview of what will later be the museum entirely dedicated.

Palace of Diamonds of Ferrara