The fire of the Castle of Ferrara

The fire of the Castle of Ferrara 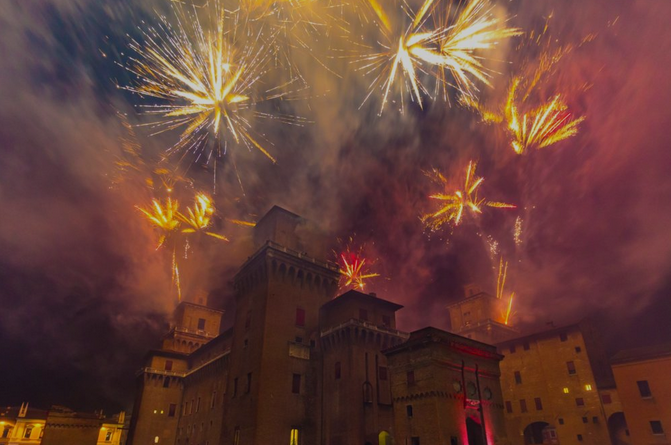 On the magical night of New Year's Eve, at the stroke of midnight, the famous Castello Estense in Ferrara catches fire. It is one of the most famous shows in all of Italy, and it is a tradition that has been carried on since 2000.

The famous fire of the Castle of Ferrara flares up starting from the highest towers, starting a cascade of colored fire, which slowly overwhelms the facades, the bridges, until it wraps around the whole Castle and gives life to a breathtaking fireworks display.

The show entertains the public for about half an hour, and inaugurates and celebrates the arrival of the new year, delighting the eyes and thrilling the hearts of young and old, who remain glued to watch the Estense Castle burning in a whirlwind of colours.

If you have never spent New Year's Eve in Ferrara, we strongly advise you to come and live this experience and treasure it, you won't regret it!

Here at the Hotel Lucrezia Borgia we will be happy to host you and make you feel at home on those long-awaited holidays.

PALACE OF DIAMONDS OF FERRARA

THE ESTENSE CASTLE OF FERRARA